For over two generations Zaczkowski Trucking Service (ZTS) has grown with their customers in the Twin Cities area. We now operate a fleet of 30 trucks with over 40 trailers, some of which include:

ZTS is known for hauling steel, coils, pre-cast concrete and road barriers with unmatched precision and efficiency in the metro area. Our drivers are pros at maneuvering tight spaces in the downtown area or at job sites, whether it’s just to drop a pallet or a full load, our customers know they can rely on us.

ZTS purchased their first Conestoga trailer in 1994. At the time, Conestoga trailers were not prevalent in the flatbed market.   The Conestoga is a tarping system that mounts on the rails of a flatbed trailer making the trailer look similar to a van.  At that time, it had one continuous piece of tarp that mounted on the frame.  Rollers were mounted on the frame rails allowing the driver to push the system forward towards the cab of the trailer or conversely back towards the rear of the trailer opening up the entire flatbed to loading from either side or the top with an overhead crane. It was a game changer and ZTS was there early on to understand the value that this piece of equipment could bring to their customer base. This now meant drivers did not have to wrestle with and fold heavy tarps or worry about moisture from the tarps sitting directly on the material.

Over the years the conestoga has put its foothold in the flatbed market and has done that by modifying how these systems are manufactured. When a driver had the unfortunate incident of tearing the side of the tarp, the entire tarp on the frame would have to be replaced. Now they have figured out that manufacturing the system with panels allows for such tears to be repaired in sections, saving time and money.  Conestogas are a versatile and specialized piece of equipment that can offer shippers a van or flatbed option depending on the commodity.

ZTS still has and uses that conestoga from 1994 and has since added 13 more to its fleet of trailers. ZTS understands the value this piece of equipment offers its customers.  For the driver to quickly slide open the system and reveal the full flatbed for loading and then sliding it back once the shipment is secured saves the driver time by not wrestling with tarps and gets the truck and trailer out of the loading dock and off to the delivery in a timely fashion. 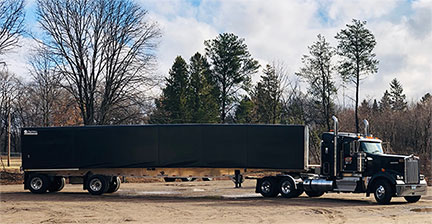 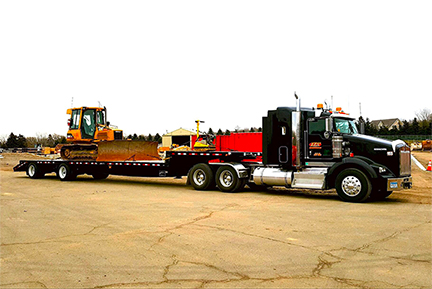